The Latest Poop on Teddy

Ted is pooped out on the couch.

It’s been a while since Ted was inspired to blog. What can I say? He’s a lazy dog. And that is one of the many reasons why I LOVE him SO DARN MUCH!!! I was very careful not to get a breed of dog which had an energy level much higher than my own. I know myself, and even though I do like to play soccer once or twice a week, when I’m at home, I like to snuggle on the couch with a nice side of Netflix, or a main dish of non-fiction and a cup of poetry for dessert.

Most of the time Ted poops outside.

Now, I’m not saying I don’t get outside with Ted, I do. But it’s a LOT LESS frequent in the wintertime because let’s face it, I am NOT a fan of COLD. The snow is pretty, and it kills germs, but other than that, what is it good for? (Don’t answer that, please. It’s a rhetorical question.) Oh, wait, I know what it’s good for . . . it’s good for providing slippery surfaces for people of all ages to fall and break their bones on . . . it’s good for really making those arthritis pains flare up . . . it’s good for causing accidents on highways and side streets . . . it’s good for snow days so kids can go to school in the warm weather when they can really concentrate and not stare longingly out the window never once wanting to go outside and join in on the celebration that is Nature.

Heck, we even go outside and play around with other dogs! Zoey loves to run in the grass, and she also loves to run in the snow. I’m glad Zoey isn’t my dog otherwise I’d feel guilty for not taking her out in the cold all the time. Ted is more than happy to go outside, drop his poop, and then run right back into the house. He’s MY kind of dog!

It’s comforting to know that in case of really inclement weather, Teddy can always go potty inside the house on the pee pee pads. I know some people don’t like to use them, but Ted prefers them over torrential downpours and blizzard-like conditions. And New England has had a LOT of that this season!!! 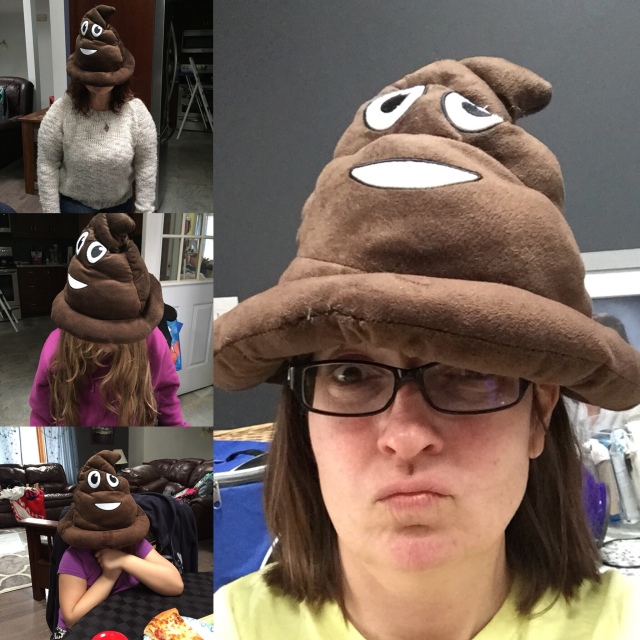 In fact, I don’t really care where he goes poop, as long as it’s not on the top of my head! Actually, I wouldn’t mind that either as long as I didn’t have to spend too much time outside in the snow. I mean, as long as it’s solid . . .

And that’s the latest poop on Ted!

12 thoughts on “The Latest Poop on Teddy”