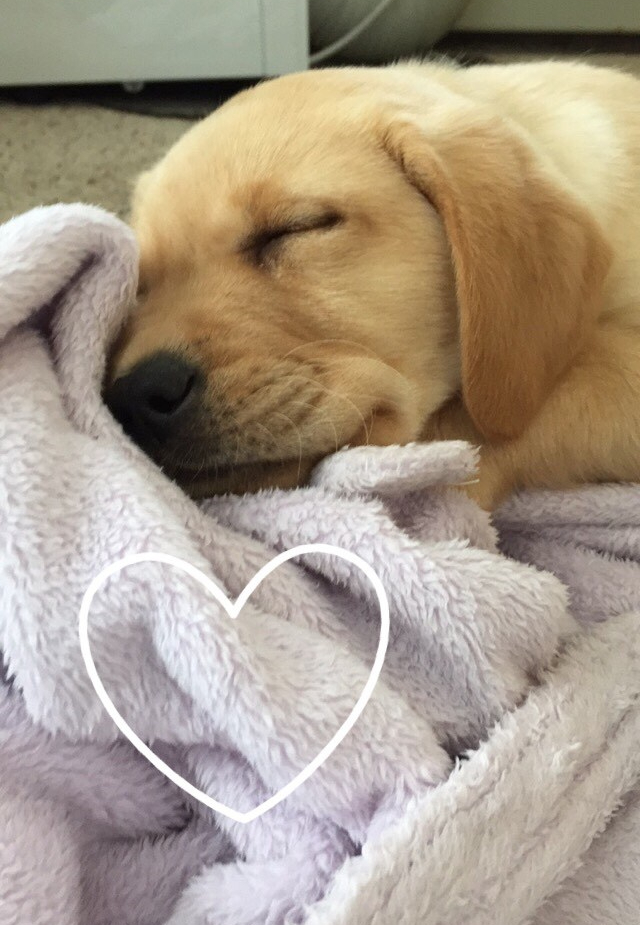 Bruno takes a snooze on my bathrobe . . .

Meet Bruno: Bruno is a 10-week-old Golden Labrador Retriever who recently befriended Teddy. They became bosom buddies as I sought to help train Bruno for a friend of mine. As he is still a wee little puppy, he spends a lot of his time sleeping. I’m not sure if he is cuter while he is sleeping, or while he is awake. Regardless, his cuteness reminds me of a Disney character come to life — specifically Pooh Bear. Do you agree? 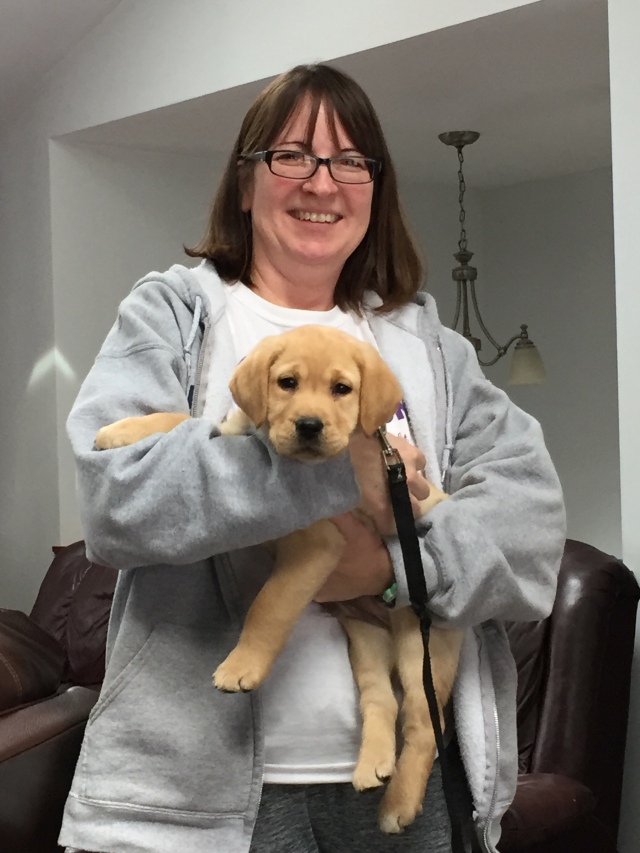 What’s not to love about Ted’s new puppy friend?

Apparently, Bruno can sleep in all types of circumstances. Here he is taking a snooze on my friend’s daughter: 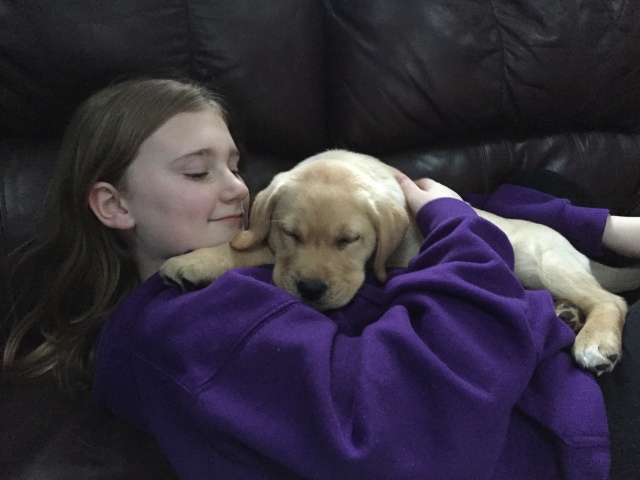 Bruno is actually snoring in this photo.

The occasional piddling is not a bother since this little guy is so darn cute. 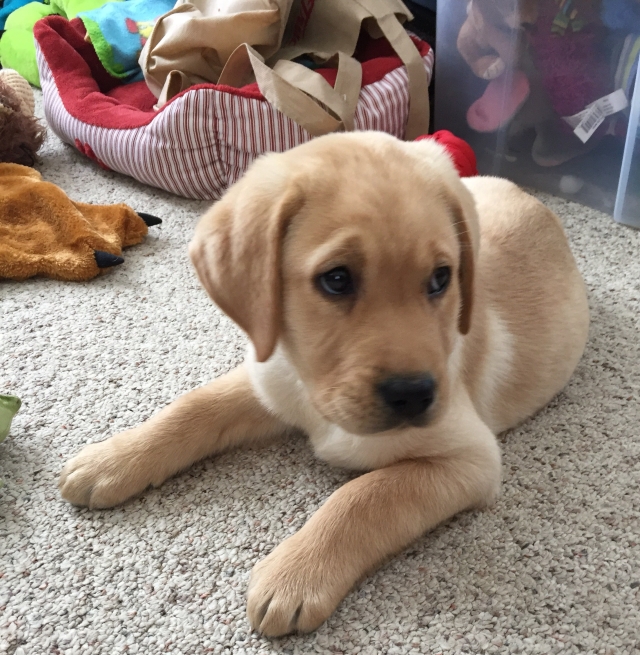 Bruno is trying to decide which of Ted’s toys to play with next.

Ted is an excellent mentor for young Bruno. When Bruno get a little out of control, Ted gives him a gentle reminder to behave. It’s been working wonders. Check it out! 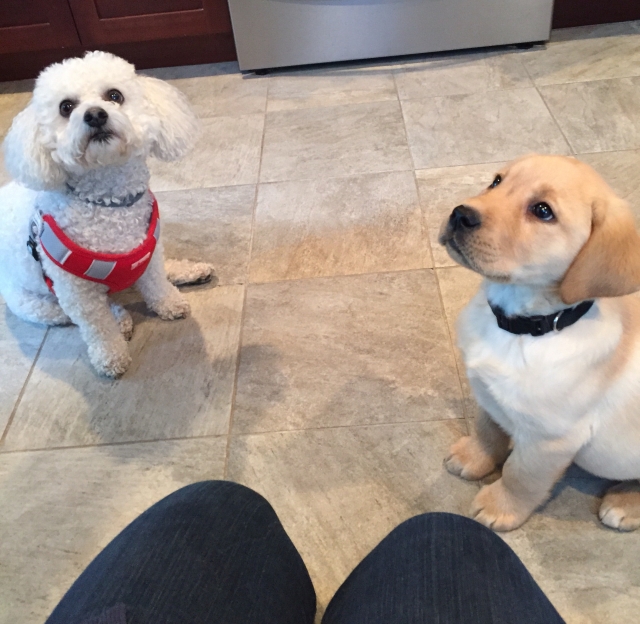 Even though Ted likes to have company, he also likes it when he’s the lone dog. It’s exhausting to try and keep up with a young pup! As much as Ted loves to play, there’s nothing he likes better than curling up with Mom as she reads a good book.

14 thoughts on “Puppy Friends Make the World Go Round!”