If you have been wondering what Ted has been up to lately, then wonder no more! We have been up to a whole lot of nothing since I’ve had some minor surgery and could not drive for a couple of weeks. Watching Grey’s Anatomy on Netflix has been our primary activity other than looking out the window. 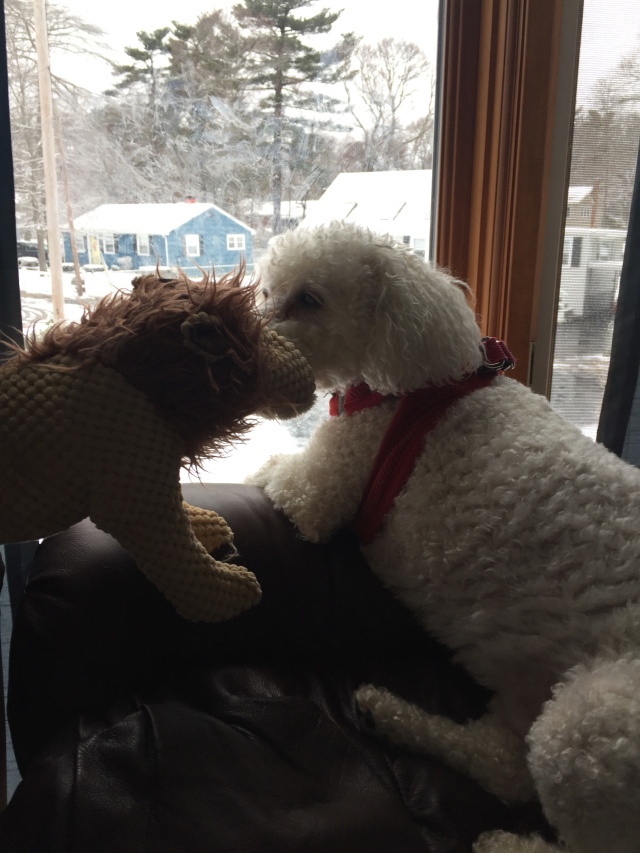 Ted assures Mr. Lion that he’s doing a good job looking out for the mailman.

With the recent blizzard conditions, Ted has been limited in his walking opportunities. With a world of white out there, we would be hard-pressed to find him without his bright red harness. And so we stay in, and read, and watch Netflix, and eat snacks, both of us adding to our “winter weight” as Mom recovers and Ted patiently waits for the snow to melt. 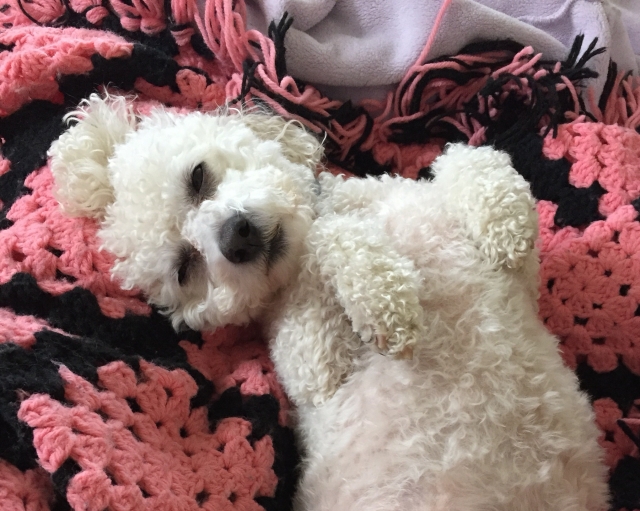 Just look at this face! Could Ted be anymore Zen?

In the meantime, “Hey, Ted, pass me the chips and salsa, would ya?”